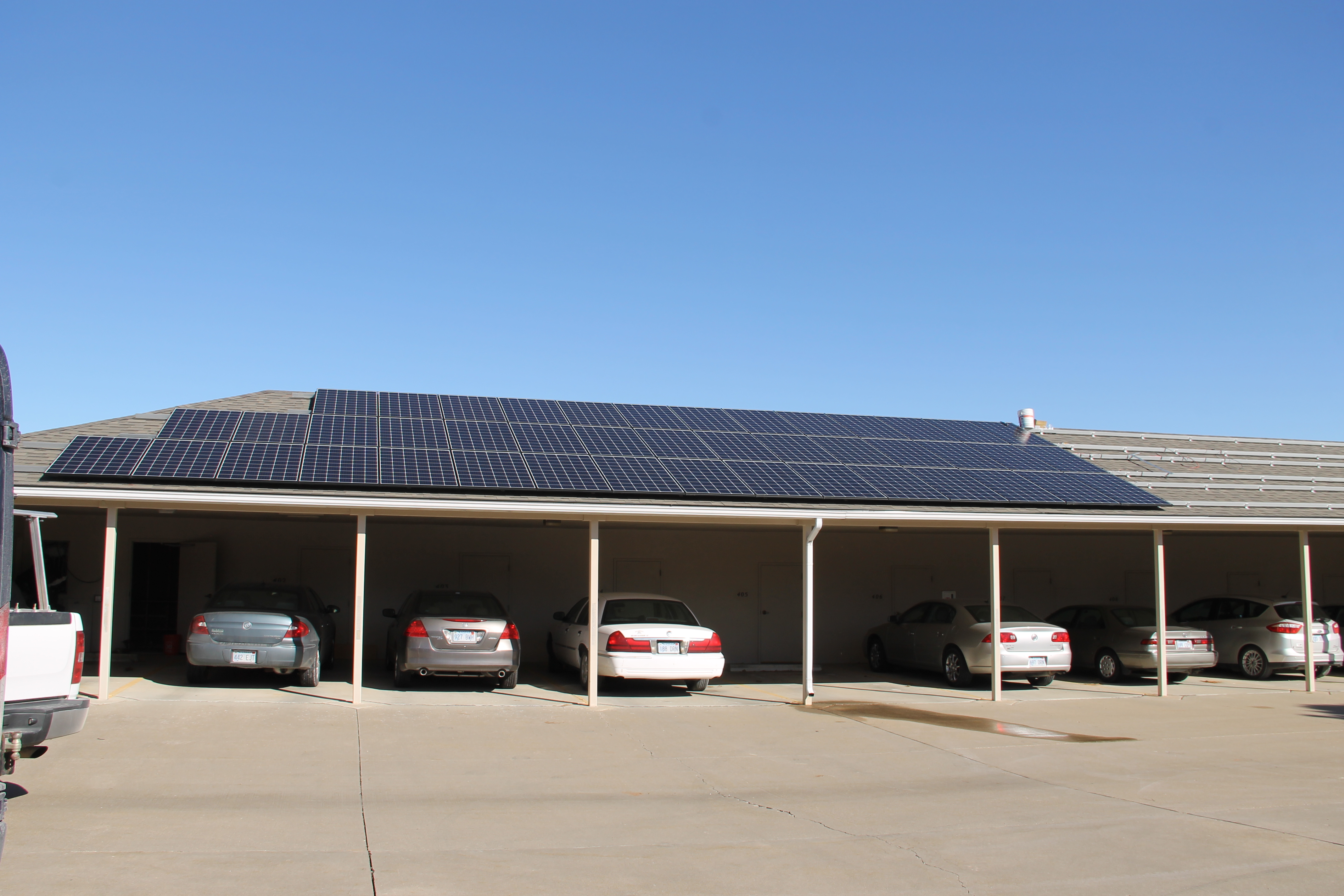 The solar system, which was fully funded by an anonymous donor and installed in January 2019, was a response to the kind of environmentally-friendly action residents and the public were asking. Environmental care is also a value which Kidron Bethel Village has given particular emphasis over the last several years.

“We want to be environmentally-conscious and give residents who live in our communities the chance to do that as well,” said James Krehbiel, CEO and President of Bluestem Communities, a non-profit life plan community organization of which Kidron Bethel is a part. “Renewable energy sources impact generations well into the future.”

In an annual report on the solar system’s outcomes, Dr. Nelson Kilmer, a local solar expert and member of the Kidron Bethel Planning Committee for Becoming Green, stated: “After two years, the solar system is performing better than projected by about three to four percent. The estimated total savings on electricity of $138,000 over 25 years is projected to be 175 percent the total installed cost of system. The environmental damage savings estimate as projected by experts is $197,000 over 25 years. The combined financial savings on electricity and damage to the environment is estimated to be $334,000 which is more than four times the total cost of the installed system.”

According to Kilmer, the Environmental Protection Agency (EPA) reports that the local power company produces 1.4 pounds of carbon dioxide emissions per kilowatt hour of electricity. At the time of installation, Kilmer estimated that the solar system would reduce Kidron Bethel’s emissions output by 28 tons per year. The report for 2020 shows the actual emissions reduction at more than 30 tons for year two, and an overall reduction of 103.2 percent of what was projected.

During the fall of 2020, Kidron Bethel announced a capital campaign project, the Live Forward Campaign, that will add more efficient spaces for both the campus and wider communities to use. In preparation for the project, more than 250 listening sessions with residents, family members, community members and local leaders, revealed environmental care as an important element for any pending enhancements as well.

“At Kidron Bethel Village, and Bluestem Communities as a whole, we want to continue to be innovative and creative as we grow and respond to what is happening in the world around us,” said Krehbiel. “We are pleased that the solar energy is helping us take those steps in the right direction.”